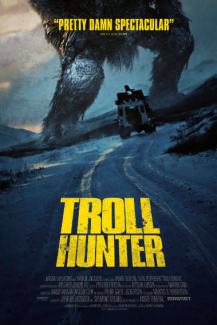 Hans, trolljegeren: Have you got all the troll footage you need?

I am all for calling out the trolls…

Yeah! Beat those warty old slime balls back to their dank and mossy bridges, where they belong.

I am all for spotlighting bullies.

Though, something niggles me in the latest Trad outing of ‘progressive bullies’. Something just does not feel right. It is as though Trolling in education is now defining the Trad Vrs Prog debate. Some Trolls are as clear as day… they hoof around and make guttural noises, others are far most subtle.

I read many tweets from the twitter skirmishes, the blood soaked battle grounds and often I hear phrases like this, “…when they lost the argument”, “…they had no answer” or “that’s just a straw thingy”. Nothing wrong in debating the subject and arguing your point. But affirming your righteous perspective with a smug damnation does not win the argument. It usually inflames it. Proclaiming progressives as a mass of shifting views is wrong. As it is when traditional views are dismissed with less than a considered swipe of the hand…

This is where I’d list terrible things that people do or say. The probability of the masses doing something stupid makes for an ugly list. When there is a host of views you can be assured that some will scrape the edges of what others will deem acceptable. For many traditional teachers it is not just trolls that are unacceptable… it is the fact that many of the progressive views are established in mainstream practice. They and their ideas have seemed untouchable… They are up for challenging this and when the lifeless husk of Sir Ken Robinson falls the flag can be raised and the VT (Victory for Trads) Day celebrations can begin.

Traditional teachers seem to want to prove how wrong current practice is. I welcome this. It’s refreshing and vital. Some of these views are incredibly well researched and written. They argue a convincing alternative. Though the current view of practice is far too complex to define so simply I feel (That’s another blog).

That does not make a progressive view of education lesser, does it? Twisting the media to make out the trolls are a progressive conspiracy in its infancy would help many a traditional cause. True progressives are as open to traditional views as a Daily Mail reader would want Brexit. They are focused on the present moment and if that shows good practice in different forms to their norm then they should get excited.

We just want to be better at teaching, surely?

This is why we have had so many fads – progressives following the latest new thing without thinking, arguing or exploring it. That’s the distinction, traditional bloggers are very clear about what they believe. It is engraved in stone; Moses would have held aloft the heavy tome as he steadied his footing on mount Sinai… they want a shift in the perceived dogma back to those solid approaches from yesteryear. That makes them edgy. They are the punks in this brave new world, the turncoats, vagabonds and rebels (The once dreamed land of radical progressives). In truth, if I wanted to be in a tribe the Trads have positioned themselves well. They have the best outfits and the coolest bands right now. They seem to have a movement, they have galvanised and come together. Again, that does not make them right. That would be like reflecting on Brit Pop and saying it suddenly changed things in the long term. It didn’t. Nothing came out of it except an acceptance that the Beatles (progressives) and the 60’s (a progressive decade) were more relevant than the current wannabes.

At what point does a progressive become a traditionalist? (I am sure Trads rarely become Progs). Are not all Trads just progressives who have taken root in a set belief? Maybe, Trads were free playing, free willed little tykes who lived through some terrible liberal education that got them where they are today so that they could blame the fact that they are not as well off (or happy) as they could have been if they had a proper traditional education?

Are we not all pretending to be experts in our field.  I have a right to make comment because? Because I have an opinion based in experience… I believe that those who are in education, walking the corridors daily, hefting those books home under their arms to mark them, making sense of the demands and dictates of Ofsted and the DFE, balancing budgets, fighting for the well being of teachers and children and living the daily reality of education… they have a right to make comment that should be listened to, thought over and reflected on in the context of the experience it illustrates. There is no right to Troll these views. As there is no right to dismiss the views of those who are not practising in education. Their views are worthy in the context that they are not doing the job. I have plenty of views about Bristol City FC, some may even rescue us from relegation – but it can’t and won’t happen. My views are lost in the forums and over a pint of IPA. I accept that I do not know what it is like to be a footballer, or run a football team – even though I would like to and have some great ideas (I am proper good at Football Manager!).

So, we should absolutely OUT the Trolls. Trads and Progs – we should be the Troll Hunters. Those who can not debate without dragging it in to the personal – out them.. I mean anyone who makes out they are right as a torch flame to igniting the controversial Twitter bonfires. I include those who throw around leaden bricks in glass houses. Who pick up on one statement to damn an argument and close it down with brutal efficiency. Twitter, as we know, is quite often terrible for the debate. I really feel that there should be an annual conference where the Trads and the Progs* spend a weekend together debating the topics. Post PROGTRAD Fest or to avoid a damn hard Trolling TRADPROG Fest. The BIG topics would be debated without rancour and an open mind

* Not to be confused with Mods and Rockers – Though we could base it in Brighton and say ‘Words are our Weapons’ (no concealed blades).